Promoting the true moral values that characterize nippon martial arts is a duty of all schools / ryu.
Beyond that, Sogo Kempo is a hybrid martial art that has crystallized in Nippon country. Although it incorporates techniques from the West (mainly boxing), SK keeps the history, line and Japanese terminology of all techniques, including those that have been exported to other contact sports. Thus, the study and works of the Great Master Kanamitsu Yaichihyoe have direct influence on the Sogo Kempo school.

Origin of the name of Sogo Kempo

“The Monument of Kito Ryu Kempo”, which was also mentioned in Hajime Isogai’s “Judo Manual”, was built at Edo Fukuyama Temple in 1779 February and is presently at Atago Shrine. 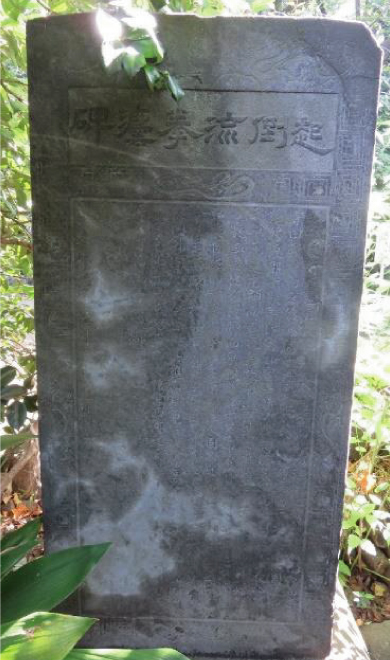 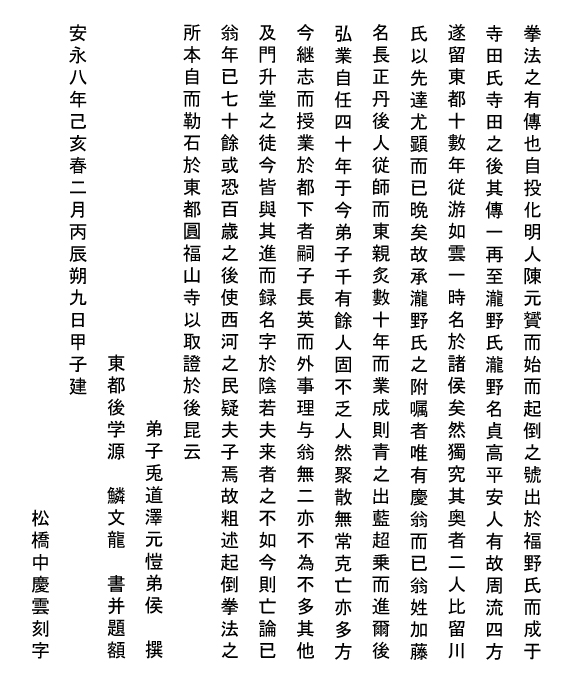 Kempo was first transmitted by Chin Genpin, a person who came from Ming and who naturalized in Japan. The name “Kito” came from Mr. Fukuno, and it was completed during Mr. Terada’s time. After Mr. Terada, Kito Ryu Kempo was passed down twice and arrived to Mr. Takino. Mr. Takino’s first name was Sadataka, a person from Heian(Kyoto). He went around the countries(of present Japan) and finally stayed in Touto(Eastern Capital) Edo for over ten years. There were quite a lot of people who practiced along him and for a time his name was heard among the lords. However, there were only two people who got the mystery(the supreme technique) of Kito Ryu Kempo, and Mr. Hikawa was the best known senior, but he was already very old. Thus, the only person who succeeded Mr. Takino’s arts and crafts was Yukyo Okina(old man/master). Okina’s surname was Kato, his first name was Nagamasa, a person from Tango(Northern part of Kyoto prefecture). He came to the east (Edo) following his teacher (Mr. Takino), was taught directly from Mr. Takino for decades and finalized Kempo (the techniques were completed). Exactly as the (japanese)saying, blue comes out of indigo and is better than indigo. After that, he worked for 40 years in order to spread Kito Ryu Kempo. To the present day, had over a thousand disciples, the number of disciples were not fewer compared to the beginning, the gathering and scattering of disciples was rare, but the improvement or the disappearance of a Ryuha(style) was common. Only his successor Choei, who inherited his teacher’s will and taught Kito Ryu Kempo in Edo, which was not exactly the same as Okina for different reasons. All the students of Yukyo Okina have recorded their names on the back of this monument. If future disciples are inferior to the current ones, the storytelling will stop. Okina is already over 70 years old, and perhaps in 100 years, we fear people in future might doubt our master. Thus, we roughly stated the origin of Kito Ryu Kempo, carved it into a stone and set it up at the Fukuyama temple in Edo to let the future generations take this as evidence.